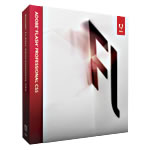 So, infamously, the iPhone OS doesn’t support Flash, encouraging its users to use the advantages of the webkit-based Safari to overcome any challenges that a lack of Flash can present. Last year, Adobe announced that in Flash CS5, you’d be able to convert it to run on the iPhone. In April, with a revised iPhone developer agreement, Apple put the brakes on, saying only apps written in one of three languages would be accepted on the App store. Adobe’s solution would compile directly to the CPU bytecode, hence being illegal.

Adobe weren’t too pleased about this, yet launched the product anyway, hoping Apple would change its mind. Since then, Steve Jobs wrote an open letter, explaining their position, claiming six points:

In the letter, there’s a bit of pretending that the iPhone is the only phone in the market, but otherwise, in my opinion, it’s accurate.

Adobe’s response was somewhat deluded; laughing that Flash wasn’t an open platform (someone should break the news to Adobe’s CEO) and saying that Flash 10.1 will ship to mobile devices later this year, focusing on multi-platform development. Adobe’s CEO also points that Apple’s developer restrictions are cumbersome and have nothing to do with the technology.

Even worse for Adobe, Microsoft has weighed in, saying HTML5 is the future of the web.

So, who’s on the right side? I believe that Apple have got it right this time, even implementing a half-finished specification is better than a platform that Apple have no control over, especially when the user experience is so important for the iPhone’s success. HTML5 genuinely can do everything Flash can, and do it all on hardware. It goes beyond Flash with geo-location and JavaScript access to more hardware features like the accelerometer and camera.

Personally, Adobe needs a re-think of their strategy. Flash enjoyed enormous success as a video player (thanks to YouTube) but they should have seen HTML5 coming. It’s been on the cards since the first iPhone in 2007 and Adobe has done through an entire release cycle (CS5) with little though for HTML5. If they’re smart, which they are, Flash CS6 will be able to create SVG graphics and Canvas apps using web databases and fonts, having Flash fallbacks for non-HTML5 capable browsers. Dreamweaver will have HTML5 structure tags available and Illustrator and Photoshop will do SVG too.

If Adobe don’t keep up with developers, the devs will simply find other tools to use. Adobe can avoid this, and it’s in their hands.