After yesterday’s revelations, my expectations were sky high and I was not to be disappointed. I tried to split my time equally between creative and technical sessions, so I hope I provide a good overview of everything that was on offer.

First up was “Technocraft”, presented by Marcus Fairs, the founder of Icon magazine. My notes say that he talked about art using technology, but he talked about some very good examples. There were three which stood out, mirrors created from silver balls and servos, a chandelier with LED-embedded crystals that could write messages sent over SMS (called Lolita), and a simple device called the armchair activist, a speaker that reads out text messages (it is currently in the designer’s office. It’s phone number is: +447790272804). Images and videos below.

So, with that rather light-hearted session out of the way, the creative track tackled “Creativity vs Technology”. We were warned that from this point onwards the speakers would start repeating each other from the day before, therefore, I’ll only tell you about the new stuff. Question: Is there creativity in the interactive space without technology? Answer: No. There are certain things that we are unable to do in that space without technology. The user’s expectation is now very high so they need to involve the user. To do this, you must focus your users on a mission, create a puzzle or building blocks and let the user solve it, giving them the proper incentive of course. Secondly, designers must collaborate with designers from the initial stages of conception, involving the end user/consumer in the process. This is similar to the way that extreme programming and agile development works. Whilst this talk didn’t really have much to do with creativity vs technology, the main theme was that they must be used together to create a complete experience.
The speaker left us with a web site joshuadavis.com. This man specialises in generative design, providing a set of rules for a program to follow that then creates the image.

The talk before lunch was more of a demonstration than anything. Carrie Langham from Microsoft took us through a number of real-world WPF applications including one for London fashion week, a golf tournament (which looked very good, with an enormous amount of detail) and finally an application designed for 2012, the final stage of the Building Schools for the Future project. I’ll admit, this was the first time that I was truly amazed at what a WPF application could do, but I was incredibly surprised at it. I’ll explain…

What was shown to us were four separate applications, a teacher’s workdesk, a student at home, a student on a UMPC, and an administration application. The student and teacher apps had Vista sidebar gadgets associated with them too which launched the apps themselves. The workflow goes like this: A teacher sets an assignment and posts this to his students. The teacher can drag and drop graphics into an assignment in his workbook from anywhere and can even add bits of video. The student then opens their application (every desktop is customisable) and reads their workbook. They see that they have been assigned a partner and they can then IM/audio/webcam chat to their partner about their work. They then set up a shared workspace and can add things to it. Provided is a search facility which brings up articles, picture and video from approved sources (i.e. MSN Encarta). They can then drop these into their shared workspace and construct an assignment. They are also able to delve deeper into pictures and diagrams, i.e. a model of the body, double clicking the heart displays a 3D model of a beating heart that they can rotate and go inside. If they need help at any point, apart from all the resources on the net, they can call up an expert (IM/audio/webcam) and get an answer straight away. They then submit the assignment to the teacher who will add the marks to his online mark book. All this functionality is contained within the one application. The admin application that we were shown tracked pupils through the school using RFID tags. This application would then flash up alerts and call parents whenever they had been truant for a number of days, and, if necessary, would call the police!

This all sounds amazing. All this functionality in one place is astonishing, and its already happening too. Some schools are implementing RFID tags for registration and school access. Marking of homework is being done online starting from this year. However, from all this I saw a number of challenges, even in 2012.
1. Bandwidth – some of this stuff was very high quality. Even on an 8Mb connection, if someone is saturating your upload bandwidth with P2P applications, webcam performance degrades significantly.
2. Approved sources for search – Homework will suddenly become the same as kids are unlikely to dig for additional information.
3. Copy and paste generation – Children will not learn as they may just copy the text and past it into their homework without reading it
4. Experts – People don’t want to be bothered at 10pm and will not care if it’s deadline day
5. Privacy – Do you want your child to be on a webcam with a so called “expert”???
6. Assumption of computing power – It’d be really nice to assume everyone will be on Vista, have a UMPC and a webcam, but that’ll never be the case. Will this application run on OS X? I doubt it
7. Assumption of quality of resources – Poor resources will break this system. If you look at the 3D model of a heart and want the lungs but they’ve not been written yet, then you’re in trouble. Low quality models won’t provide adequate data either. What if the student is studying a really abstract section of the curriculum? Are the trusted sources guaranteed to give back an answer?

There are a lot of problems that need to be ironed out, but as a proof of concept, it’s astonishing. I’m going to try and get the demo, or at least slides of it, then I’ll show you what’s going on.

Still with me? Good. 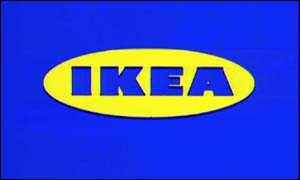 The first talk of the afternoon was by Lars Engman, design director of Ikea. This was more of an inspirational talk by a man who had been in design since 1968 and had been at Ikea since 1975. He explained Ikea’s design process, which is similar to any other design process in the world, except for the idea stage. Ikea look at trends, and go the opposite direction! Below are a few facts and quotes from Ikea’s methodology which I found interesting:
Ikea is the 6/7th largest restaurant chain in the world. Their Bejing branch is able to seat 800 people.
Good design contributes to positive emotions
Science and technology define functionality. Simplicity is a virtue
Identify the relevant customer benefits of a product
Design is not about trends, but new ways to meet a person’s needs
Dare to fail, you will learn even more
When you have good design, beauty will look after itself

I need some of those in big print on my wall 🙂

The final talk of the day was on Vista Media Centre and Live services mashup. It was presented by a guy who definitely knew it was Friday afternoon and most of the demos were poor (thanks to the hotel’s limited net connection and the non-functionality of his Xbox 360). He demonstrated the theory behind TVs with media centre extenders built in (think Apple’s iTV but for media player), and explained what you needed to write applications for this service. To be honest, I didn’t take much in and started writing this up.

After this talk, I was approached by Emile from AKQA, saying that they were looking for students interested in the web site side of this in their creative development and IT development areas and to drop them a C.V. when I graduate. Sounds good to me.

In summary, it’s been a great two days. I’ve learned a lot about what is expected of next-gen internet applications and what Vista and WPF can do for applications. Clearly, social sites like Digg and Flickr are here to stay. Users don’t just expect quality from big company sites and large networking sites, but from every site that they visit. It’s no longer just about the hook of the web site, it’s the way they carry it off. Impress, or fail.

Currently Listening to: The Shins – Wincing the Night Away
Currently Reading: AJAX for Rails
Currently Watching: The world go by
Currently Eating: nowt
Miles to Sheffield: Don’t know, however many it is from Watford Gap