The iPad 2 may be an "all new design", but Apple attended the same school as Porsche, making few changes on the surface and lots under the hood.

Does anyone here own a Porsche? No, me neither. However, I have been lucky enough to have driven one and I watch top gear all the time (which clearly makes me an expert in such matters). I can confidently say that since 2003, two "new" Boxster models have been released, and the shell shape, which apparently is better than ever, has not changed. In the same way, the iPad 2 is a complete redesign, and yet nothing has really changed. Though that's not a bad thing.

What changed on the Boxster is the same that has happened on the iPad, the engine and electrics got a big tweak, and it's whats under the hood that really matters. 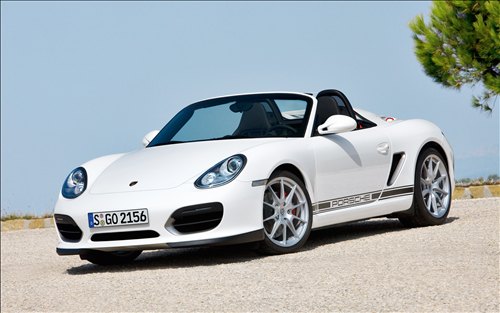 For the iPad, they have a new processor, the heart of the beast. It is (likely to be) a ARM Cortex A9 dual core CPU, meaning it can multi-thread better and reduce power consumption per calculation thanks to architecture improvements. This gives it the same 10 hour battery life as the old model. That means it's faster too, a bit like every new Porsche is faster than the last. It's also a bit lighter, thanks to improved manufacturing processes meaning they can get rid of the wall and taper the edges of the device. it's not a big improvement there, only 60g saved, but the feel of the thing has changed for the better, another thing that Porsche will tell you makes the new model an essential purchase.

Yes, the iPad 2 has new features: the cameras and gyroscope. However, these are sanity factors and the iPad is simply catching up with it's older siblings. There was nothing unexpected in the announcement, a very nice looking cover and an HDMI connector being welcome but nothing out of the ordinary. This is very much a "tock" product, with the innovation to come in the next version.

Is it worth it? Is it an essential purchase? Well, like with the Porsche, if you already have one and want a new one, you have more money than sense. But if you don't, like all Porsches, it's very, very tempting and will make you the envy of your friends for the next 6 months until the next one comes out