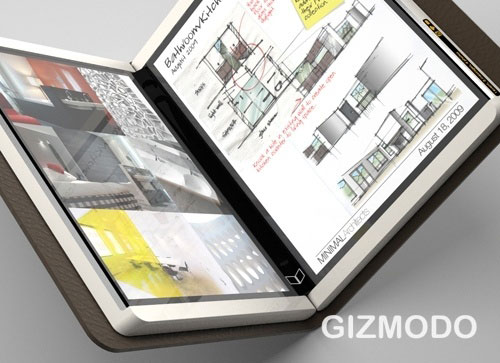 It seems like making a tablet computer that is efficient, usable and cost-effective, can be quite a difficult proposition. The Joo Joo, a tablet that everyone wants to love is getting none. The Courier will never see daylight. The EeePad is delayed and most surprisingly, the Microsoft lauded HP Slate has been canned.

Only the iPad survives, and you still can’t get one outside of the states. Apple must be delighted that its competitors are falling by the wayside, giving it the whole market to itself.

Why have the others failed? The culprit seems to be a combination of OS, battery life and performance. HP claimed that the Slate, using Windows 7, was not suitable for touch. Its combination with a comparatively power hungry Atom processor meant battery life suffered (3-5 hours reportedly). The Joo Joo suffers from new OS syndrome. Like Android, the first few iterations show promise but stability is lacking and it needs a lot more work. These issues can be resolved, but it needs time and investment.

The Courier is an interesting proposition. Never going past a rendered concept video, its UX and ideas will hopefully make their way into larger screen Windows Mobile 7 implementations.

I believe that this is how tablets should work in real life: a mobile OS on a larger device. They are designed for touch, are low power and can do some remarkable things.

I’m going to be excited when the first Android and WM7 tablets arrive. If, as hoped, the Slate becomes a Web OS device, the market, completely dominated by the iPad, will have competition. The tablet isn’t dead; it’s just been approached in the wrong way. Apple is leading the way as usual, and everyone is playing catch up. They will get there eventually, as they did in the wake of the iPhone. I’m looking forward to the competition.